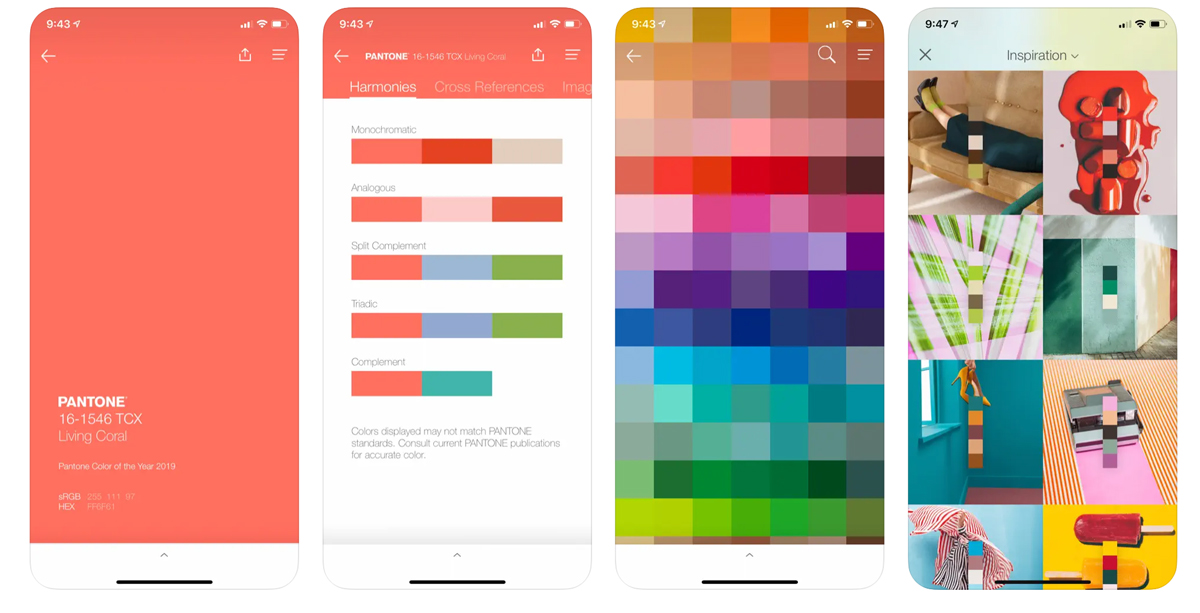 On the creative scene and in a world filled with colour, Pantone is easily considered as the universal language of colour and the official guide for print designers.

However, Pantone did run into some challenges in the recent years. One of these challenges was keeping up with technology and evolving with it, which meant being easily accessible on other devices and not just on the desktop platform. Well, it looks like they finally took a giant step forward with the announcement of their new iOS app called, "The Pantone Studio." The app has been designed just for devices that are running iOS, hopefully an Android version is in the works as well. If Pantone is after a wider market, then it only makes sense to be available across platforms and devices.

“In our [market] research, we saw that designers are using mobile tools and they want their phone to be a platform for design and a hub for gathering inspiration,” says senior vice president of Pantone Ron Potesky. “If we’re not mobile, we’re not Pantone in 10 years. It’s a must for us to be important and valuable to designers.”

The Pantone Studio app is a digital book and trend guide that the company hopes will be adopted as the go-to guide for colour by all designers and creative types. The app is easily accessible by being within hands reach and packed with some of the most useful Pantone features as well, such as the colour picker tool and a colour guide. The colour picker tool is one of the most useful features as it allows the designer to easily analyze the image's colour composition with the use of the eyedropper tool. This is a must have feature for all designers that are constantly on the go and looking for inspiration all around them.

“The app was building off of two fundamentals: inspiration and workspace,” says CEO of Rokkan, the design firm that collaborated with Pantone on the app, John Noe

The app allows designers to quickly extract RGB, CMYK and Hex values right after snapping photos of objects of interest. Once the values have been extracted, the app assists designers with putting together a workable palette based on the colours present in the original photograph. If that isn't enough to get you excited, there is also an option to link the app with Adobe CC and forward your colour palette to a desktop computer. You may also be in a giving move and so if you are, Pantone Studio allows you to share your colours and palettes with others by linking the app to your social media accounts. This feature allows designers to share colours and colour palettes for inspirational purposes.

“It’s moving from designing with color to designing because of color,” says Noe. “You start looking at the world around you differently.”

Pantone Studio is looking to utilize a subscription model and believes this would appeal to younger designers. The company hopes that designers will flock to download their new app, rather than purchasing books which tend to be on the expensive side.

“We believe this is going to offer more value to the design audience and bring in a wider audience [to Pantone],” says Potesky.