In the capital city of the United states, Georgetown University’s social media super campaign, Georgetown Stories, has followed over a dozen students each year, who filmed their experiences across the hilly campus. These videos, using the hashtag #GeorgetownStories, were featured on Georgetown’s social media channels, such as Facebook, Twitter, Instagram and SnapChat, and were meant to show prospective students what life is truly like at Georgetown as lived by real Georgetown students.

University of Salford’s Match Made in Salford

Taking the “swipe” phenomenon from dating applications, the University of Salford’s Match Made in Salford application allows students to swipe left or right when presented with a potential course. 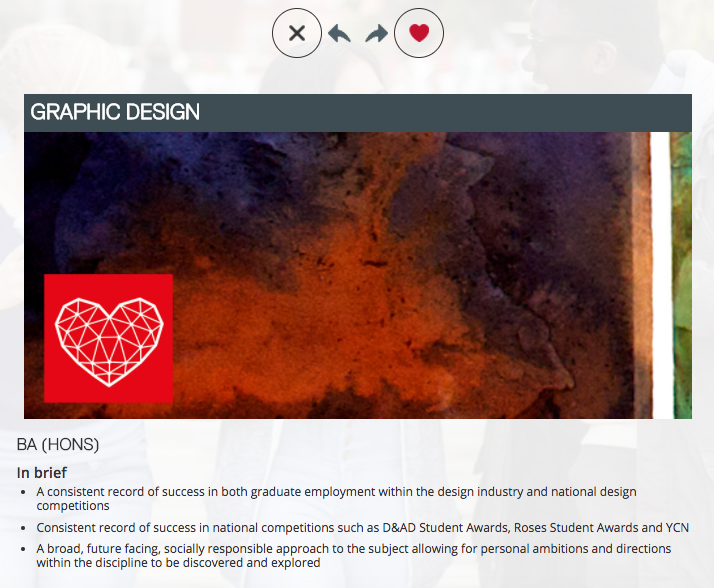 Prospective students put in their first name, choose three things they are interested in, and their grade average (known as Tariff Points). At the end of the experience, students can submit their emails to have their class list sent to them. Additionally, you’re able to go through each of the classes more in depth and contact the school about admissions. By the time you finish using the applications, you’re ready to take a #Salfie. 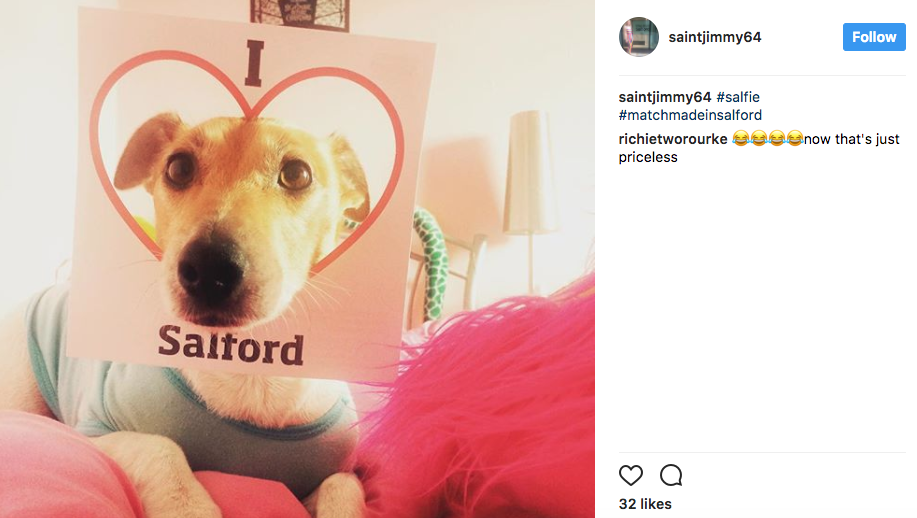 Now, this takes name recognition to the next level! When Drake scheduled a Des Moines, Iowa stop, he also liked the Instagram of the local university: Drake University. This resulted in this fantastic exchange:

It only took a few short posts to get the international superstar to respond and #BringDrakeToDrake took off. Students rallied on campus believing that Drake would visit their campus before his show. And while he did not show up before the show (where he wore custom Drake University gear), he did show up afterwards.

This campaign had international media attention, with Time, the Guardian, and Teen Vogue reporting on the entire series of events. Continuing the engagement long after the initial show, and to address the large groups of people still coming to the University to replicate Drake’s photo, Drake University installed vinyl shoe decals on top of the sign that Drake stood on (see below) so that future Drake students can take part of the fun. 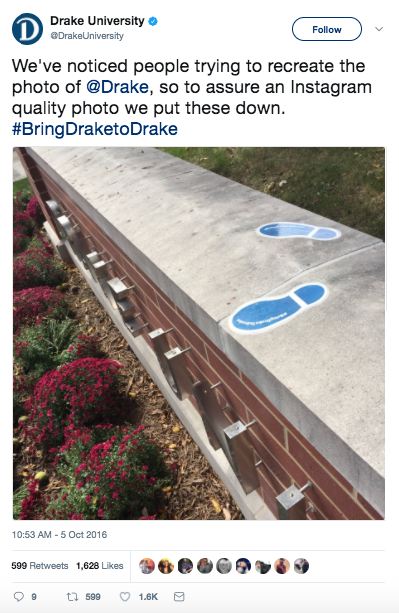 Samantha Estoesta Williams believes that Research is her middle name. With an MA in Intercultural and International Communications and over seven years in advocacy, community development, and grant-writing, she centers her efforts on growing communities through reciprocal relationships. In her role at Mad Hatter in Community Engagement and Government Relations, Samantha creates attractive proposals for RFPs, applies for grants for Mad Hatter and their clients, and liaisons between Mad Hatter, governmental agencies, and community organizations. Samantha blends her academic skills of research and communications with her experience in both public and private sectors, fueled by her passion to create community.
Written By
Samantha Estoesta Williams